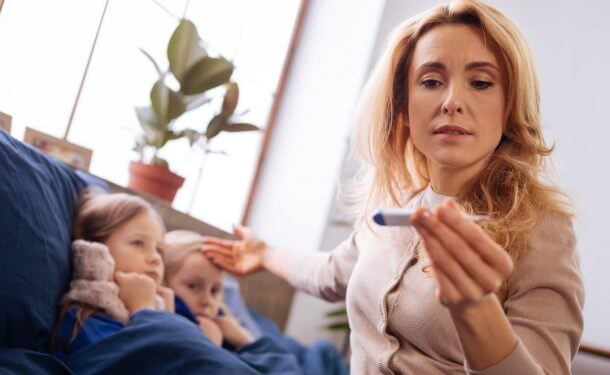 11 Most Common Illnesses Your Children Face

Children fall sick, and quite often at that. It’s natural – and also desirable to a certain extent, because minor illnesses help children build their immunity. However, as parents, you need to be attentive, and know the signs and symptoms of common childhood illnesses so that you can protect your children and help them recover faster. Children get ill more often because they have lower immunity; on top of that, young children touch everything, and toddlers often put stuff in their mouths – which is usually full of germs.

Here are some common childhood diseases that your child could contract:

1. Common cold: There is simply no escaping the cold, whether you’re a child or adult. Kids can get cold even 8 times a year. Stuffy and/or runny nose, sneezing, cough, headache fever, loss of appetite, tiredness and muscle ache are the common symptoms of cold. Nasal discharge could be watery or thick yellow or green. It could be caused because of allergy to pollen, dust, fur or other substances. Sometimes, colds can be caused by strep throat, pneumonia, bronchitis or sinusitis. If the cold persists, take your child to a doctor as soon as you can. Keep your child hydrated with plenty of fluids, and let them rest.

2. Flu: October to May is the flu season in the US, with the peak happening between late December and early March. Flu is a very contagious respiratory tract infection caused by a virus. Symptoms include sneezing, stuffy nose, fever, headache, chills, muscle ache, and possibly, loss of appetite, tiredness, dizziness, nausea, cough, sore throats, cough, ear ache and diarrhea. Symptoms start subsiding after five days, and are usually completely gone in 1-2 weeks. While flu itself is not dangerous, if left untreated, it could lead to more serious illnesses like pneumonia and other potentially life-threatening diseases.

Children with flu should stay at home, and be given plenty of fluids, rest, medicine to treat the symptoms (as prescribed by your doctor). Give your child the annual influenza vaccine at least 2 weeks before the flu seasons starts to prevent frequent infection.

3. Roseola: This common childhood illness is a mild infection that usually affects little children of up to 2 years. Usually, it begins with a sudden high fever that lass 3-5 days, and may be accompanied by sore throat, cough and runny nose, and may also cause the lymph nodes in the neck to swell. Symptoms include fever and rashes; though not serious in itself, in rare cases, some kids can get a high fever, and have complications like a seizure.

Rashes are first seen on the abdomen, back and chest, spreading to the arms and necks. Younger children may also display irritability. Some children may also have diarrhea, lower appetite and swelling of eyelids. Symptoms of the illness take up to two weeks to manifest; in some cases, the infection may be so mild as to be asymptomatic. Children with roseola must be kept hydrated with fluids, given plenty of rest and medicine to bring down the fever.

4.Chickenpox: This is a highly contagious illness that causes red, itchy rashes all over the body – even in the scalp. Symptoms like fever, headache, sore throat and cough start appearing about 14-16 days after exposure to the virus. After 10 days of the appearance of the rash, the child is no longer contagious, but till then you have to keep your child isolated and in bed.

Giving the child Vitamins B12, D, A with beta carotene and K, can provide some relief; your doctor may sometime prescribe antiviral medication if necessary. The best thing you can do is ensure that your kid’s health is to give him the Varicella vaccine, the first dose given at 12 months.

5.Conjunctivitis: Also known as pink eye, this is a contagious infection of the eye that causes itchy, watery and swollen eyes with a pinkish red color. Children with this illness should be isolated at home, and given fluids, and foods rich in Vitamins A and B2. If there is a bacterial infection, your doctor will prescribe antibiotic eye drops.

6.Hand, Foot and Mouth Disease: This infection is one of the most common pediatric diseases, and is characterized by sores or blisters on the soles of feet, fingers and palms of hands, and inside the mouth, and sometimes on the legs and buttocks. It typically affects young children and is caused by enteroviruses. Sore throat and fever often accompany the blisters. Often the blisters break and form crusts. Symptoms usually last about a week. Give your child plenty of cool fluids, and keep the affected areas very clean. Avoid citric, acidic or spicy food and drinks. You can also give the child medicines to keep the fever down. One way to prevent is by maintaining hygiene, and washing their hands and feet often – but it’s not always possible with young kids.

7.Gastroenteritis: Also known as the stomach flu, it is caused by the rotavirus, E. coli, salmonella or other parasites. Symptoms include causes nausea, vomiting and diarrhea, and dehydration. Treatment includes plenty of rest, fluids and probiotics to rehydrate and reduce symptoms. Give the child mild and bland foods and drink that will not irritate the stomach lining further.

8.Strep throat: Red swollen tonsils, sore throat, cough, fever, cold, chills, fever and stomach pain are the main symptoms of strep throat. It is usually treated with antibiotics, plenty of fluids and rest; cold foods like ice cream should be avoided. This is one of the most common of child illnesses and usually affects school-going kids and teenagers.

9.Respiratory Synctial Virus or RSV: mainly affecting children under the age of 2, this is a mild illness that affects the lungs. Symptoms are similar to that of the common cold. However, it could get quite serious for children who were born preterm, have congenital heart condition, chronic lung disease, or have a weakened immune system, and lead to pneumonia or bronchiolitis. Rush your child to your doctor if you see her wheezing, struggling to breathe or breathe rapidly, be unusually lethargic, not want to drink anything, or see her lips take a bluish tinge.

10.Fifth Disease: Also called slapped cheek syndrome, this illness affects kids aged 3 or less. It causes a bright red rash on the cheeks, and may also cause a runny nose, low-grade fever, and a secondary rash on the torso. Some kids may also experience joint pain. The child stops being contagious once the rash breaks out – but there’s also no way of knowing it before. This illness usually subsides on its own – your child needs lots of TLC, and fluids. In case of joint pain, consult your doctor.

11.Pinworms: This is often caused by a lack of proper hygiene. These parasites take the feco-oral route, which means that, these worms lay eggs in the anus. When a child scratches his bottom and puts the same hand in his mouth without washing, he transfers the eggs back into his digestive system. The worms can be passed on to other kids when they hold hands or touch the same objects while playing. These can be got rid of with one or two doses of prescription medicine. Wash the bed linen and towels in hot water and ensure proper hygiene to prevent repeat infestation. 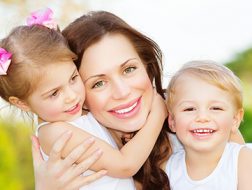 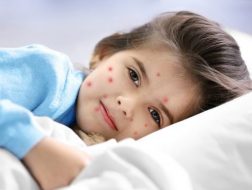 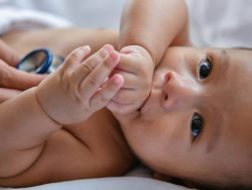 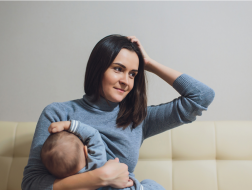 Parenting Woes: How to Breastfeed a New Baby with a Toddler around