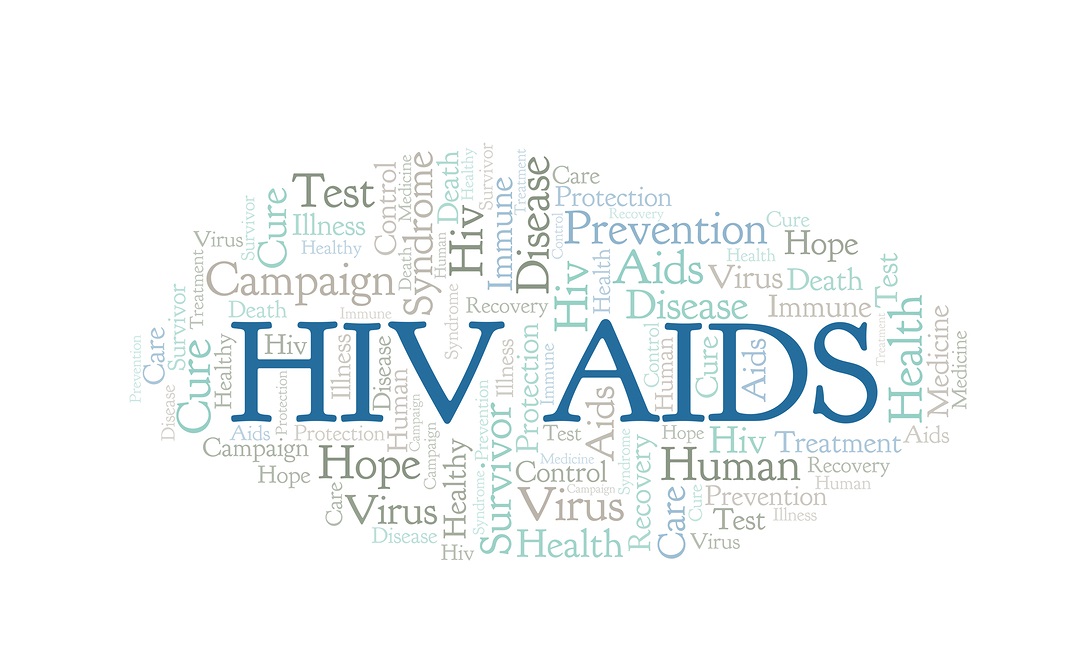 From Symptoms to Treatment: Here’s What You Need to Know about HIV/AIDS

HIV or the Human Immunodeficiency Virus targets the immune system and weakens a person’s defence system against infections and some types of cancer. As the virus destroys and impairs the function of immune cells, infected individuals gradually become immunodeficient.

Immunodeficiency results in increased susceptibility to a wide range of infections, cancers and other diseases that people with healthy immune systems can fight off very easily. Immune function is typically measured by CD4 cell count.

The most advanced stage of HIV infection is Acquired Immunodeficiency Syndrome (AIDS), which can take from 2 to 15 years to develop depending on the individual.

What the Numbers Say about HIV?

WHO numbers show that approximately 40 million people are currently living with HIV infection. Globally, 85% of HIV transmission is through heterosexual intercourse. Worldwide, almost half of people with HIV are women, whereas in the United States, male-to-male sexual contact still accounts for more than 60% of new diagnoses.

Among men who have sex with men, young African-American men are most burdened, followed by Hispanic-American men.

Meanwhile, infections in women have dropped 40% since 2005 in the U.S., and new HIV infections in U.S. children have fallen drastically. This is largely a result of testing and treating infected mothers, as well as establishing uniform testing guidelines for blood products.

Though people living with HIV tend to be most infectious in the first few months, many are unaware of their status until later stages. The symptoms of HIV vary depending on the stage of infection.

Many people with HIV do not know they are infected. In the US, it is likely that 14% of HIV-positive individuals are unaware of their infection. HIV infection progresses in three very general stages.

Acute HIV Infection: The most common symptoms are similar to a flu-like or mononucleosis-like illness within several days to weeks after exposure to the virus, including fever, headache, open sores or ulcers in the mouth (also known as aphthous ulcers), fatigue, weight loss, sweating or night sweats, appetite loss, rash that may come and go quickly, sore throat and swollen glands in the neck and groin.

These HIV-associated symptoms usually disappear within a few weeks.

Clinical Latency Stage: After acute infection, the virus appears to become dormant, and the person feels normal. This stage of HIV infection may last an average of 8 to 10 years, but it can vary among individuals and strains of HIV. During the latent period, the virus continues to multiply actively. It infects and kills critical infection fighting cells, a type of white blood cell called CD4 cells. Even though the person has no symptoms, he or she is contagious and can pass HIV to others through the routes described above.

At the end of this phase, as the virus overwhelms the CD4 cells, the HIV viral load starts to rise, and the CD4 count begins to drop. As this happens, the person may begin to have symptoms as the virus levels increase in the body. This is stage 3.

Acquired Immunodeficiency Syndrome (AIDS): AIDS is the later stage of HIV infection, when the body is losing T cells and its ability to fight infections. Once the CD4 count falls low enough (under 500 cells/mL), an infected person is said to have AIDS or HIV disease. Sometimes, the diagnosis of AIDS is made because the person has unusual infections or cancers that signal how weak the immune system is.

How HIV  is Transmitted?

HIV can be transmitted via the exchange of a variety of body fluids from infected individuals, such as blood, breast milk, semen and vaginal secretions. The infection cannot transmit through ordinary day-to-day contact such as kissing, hugging, shaking hands, or sharing personal objects, food or water.

Most individuals develop antibodies to HIV within 28 days of infection and therefore, antibodies may not be detectable early, during the so-called window period. This early period of infection represents the time of greatest infectivity. However, HIV transmission can occur during all stages of the infection.

It is best practice to retest all people initially diagnosed as HIV-positive before they enroll for care and/or treatment to rule out any potential testing or reporting error. Notably, once a person diagnosed with HIV and has started treatment they should not be retested.

Serological tests, such as RDTs or enzyme immunoassays (EIAs), detect the presence or absence of antibodies to HIV-1/2 and/or HIV p24 antigen.

No single HIV test can provide an HIV-positive diagnosis. It is important that these tests are used in combination and in a specific order, that has been validated and is based on HIV prevalence of the population being tested. HIV infection can be detected with great accuracy, using WHO prequalified tests within a validated approach.

It is important to note that serological tests detect antibodies produced by an individual as part of their immune system to fight off foreign pathogens, rather than direct detection of HIV itself.

Testing and diagnosis of HIV-exposed infants has been a challenge. For infants and children less than 18 months of age, serological testing is not sufficient to identify HIV infection. Virological testing must be provided (at 6 weeks of age, or as early as birth) to detect the presence of the virus in infants born to mothers living with HIV.

However, new technologies are available to perform the test at the point of care and enable the return of result on the same day to accelerate appropriate linkage and treatment initiation.

When Should You Get Yourself Tested?

All sexually active adults should know their HIV status and should be tested for HIV routinely at least once a year. This is the only way to know whether one is HIV infected. It is not unusual for a person to get HIV from a person they never knew could have HIV; again, most people with HIV do not know it for years.

Early testing, recognition of the signs and symptoms of HIV infection, and starting treatment for HIV as soon as possible can lower the growth of HIV, prevent AIDS, and decrease the risk of transmission to another person.

If a woman is pregnant and infected with HIV, she can greatly reduce the risk of mother-to-child transmission by getting treatment. HIV testing is routinely offered at the first prenatal visit.

HIV testing is available through any health care provider, anonymously and confidentially.

People known to have HIV infection should go to the hospital any time they develop high fever, shortness of breath, coughing up blood, severe diarrhea, severe chest or abdominal pain, generalized weakness, severe headache, seizures, confusion, or a change in mental status.

These are a life-threatening condition for which an urgent evaluation in the hospital’s emergency department is recommended. Infected individual should be under the regular care of a physician skilled in the treatment of HIV and AIDS.

Individuals can reduce the risk of HIV infection by limiting exposure to risk factors. Key approaches for HIV prevention, which are often used in combination, are listed below.

Male and female condom use

Testing and Counseling for HIV and STIs

Testing for HIV and other STIs is strongly advised for all people exposed to any of the risk factors. This way people learn about their own infection status and access necessary prevention and treatment services without delay. WHO also recommends offering testing for partners or couples. Additionally, WHO is recommending assisted partner notification approaches so that people with HIV receive support to inform their partners either on their own, or with the help of health care providers.

Tuberculosis (TB) is the most common presenting illness and cause of death among people with HIV. It is fatal if undetected or untreated and is responsible for more than 1 of 3 HIV-associated deaths.

Antiretroviral Drug Use for Prevention

Prevention Benefits of ART: A 2011 trial has confirmed that if an HIV-positive person adheres to an effective ART regimen, the risk of transmitting the virus to their uninfected sexual partner can be reduced by 96%. A recent study published in 2019 shows that the risk of HIV transmission through sex, where condoms are not used, in serodifferent gay couples is effectively zero when HIV viral load is suppressed through ART treatment. The WHO recommendation to initiate ART in all people living with HIV will contribute significantly to reducing HIV transmission.

The transmission of HIV from an HIV-positive mother to her child during pregnancy, labour, delivery or breastfeeding is called vertical or mother-to-child transmission (MTCT). In the absence of any medical intervention during these stages, the rates of HIV transmission from mother-to-child can be between 15 and 45%. MTCT can be nearly fully prevented if both the mother and the baby are provided with ARV drugs as early as possible in pregnancy and during the period of breastfeeding.

WHO recommends lifelong ART for all people living with HIV, regardless of their CD4 count clinical stage of disease, and this includes women who are pregnant or breastfeeding.

There is no cure for HIV infection. When there was no treatment available for viruses, people with AIDS would live only for a couple of years. Fortunately, medications have substantially improved the outlook and survival rates. HIV prevention efforts have reduced the infection rate in young children and have the potential to limit new infections in other populations as well.

ART extends the average life expectancy, and many people with HIV can expect to live for decades with proper treatment. People in an increasing number have a normal life expectancy if they adhere carefully to medications and precautions. Medications help the immune system recover and fight infections and prevent cancers from occurring. If ART is not taken regularly and doses are missed, the virus may become resistant, and the manifestations of AIDS may develop.

Drugs used to treat HIV and AIDS do not eliminate the infection. Although effective ART reduces the risk of transmitting and spreading of HIV, it is important for the person to remember that he or she is still contagious. Intensive research efforts are being focused on developing new and better treatments. Although currently there is no promising vaccine, work continues on this front. 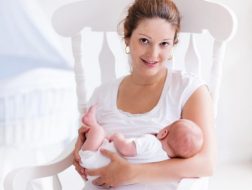 Foods to Eat and Not to Eat While Breastfeeding 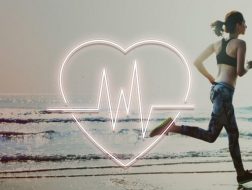 How to Reduce the Risk of Heart Disease in Women 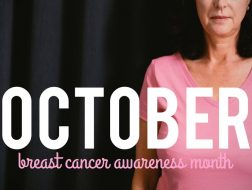 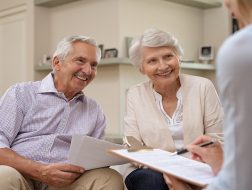