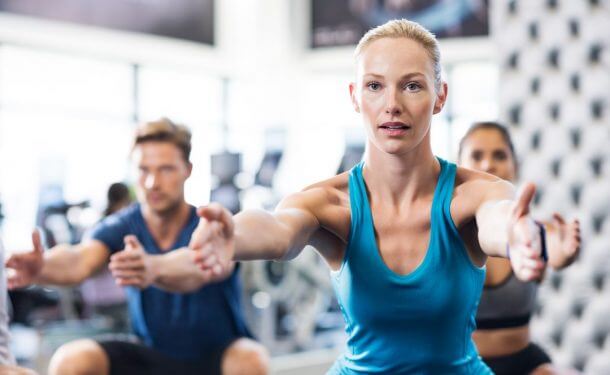 Not Exercising is Worse for Your Health than Chronic Conditions

Exercise is a quintessential element for a healthy and balanced life! – Does this sound familiar?

Most of us often hear this statement, but seldom do we think of honestly implementing it. Despite knowing the odds of a sedentary lifestyle and the benefits of daily exercise, there is little we do to work out an effective plan. Modern research takes the concept a step further by adding that a sedentary lifestyle can be worse for health than diabetes, heart diseases, and smoking combined.

Dr. Wael Jaber, a renowned cardiologist in Cleveland, who is also a senior author in this study, finds it to be an “extremely surprising” result. The research covered a study of 122,000 plus patients who participated in a treadmill test at a Cleveland Clinic between 1991 and 2014.

According to the expert cardiologist, it is time to consider the risks of being unfit and the major risk factors like diabetes, smoking, and hypertension. Smoking, of course, is stronger than all three. In fact, Jaber also added that the sedentary lifestyle in itself is a disease that comes with a prescription called exercise.

Exercising benefits overall health and wellbeing. It is no secret that exercise is pivotal to a healthy lifestyle. Even though people have their personal choices when it comes to their daily exercise routines, it is important that they get moving. According to a previous study, spending 30 minutes time exercising can have potential health benefits than sitting idle for the same time. Another study revealed that if you replace 6 sedentary hours withstanding, it can help you lose weight.

With such startling results of the latest study, researchers highlight the importance of a healthy lifestyle and fitness concerning long-term mortality. They are also encouraging that exercise to be prescribed to patients as a form of treatment for many health compilations.

A recent study was published in the Journal of the American Medical Association Network Open. This study was done to determine if there is an association of cardiorespiratory fitness with mortality. It was found that exercise is important for a long and healthy life. Further, the finding revealed that patients who were extremely fit were reported to live the longest.

In order to find the relation between cardiorespiratory health and all-cause mortality, researchers studied 122,007 patients. Their treadmill test results from January 1, 1991, to December 31, 2014, were considered for analysis. The analyst gathered all the data, divided them into five different groups (as low, below average, above average, high and elite) based on their performance and revealed the results.

During the study, the analysts considered different reasons for mortality keeping in mind the pros of exercising and following a fitness regime. They factored in aspects like height, age, BMI, gender, weight, illnesses, and medications. The study found that excursing offers boundless advantages.

The result led to an inverse relationship between mortality risk factors and cardiorespiratory health risks in people. People with the highest aerobic and cardiorespiratory fitness were found to have the least mortality risk. In addition, plenty of benefits were seen among elderly participants and patients with a history of hypertension. Not just that, the further finding revealed that people diagnosed unfit in the treadmill test had a worse rate of prognosis with respect to mortality risks when compared to hypertensive patients, diabetics, and smokers.

In the words of Wael Jaber, the study had an amazing finding that there is nothing called ‘too much’ when it comes to exercising. The team of analysts compared fitness with diabetes, smoking as well as cardiovascular diseases and found that a sedentary lifestyle is much more detrimental to health as compared to the aforementioned health conditions. The clinical risks due to the above diseases are much lower in comparison to the risk of not following a fitness regime.

As stated by Dr. Satjit Bhusri, an established cardiologist from New York City’s Lenox Hill Hospital, the study has indicated impressive findings which would have an enormous impact on the future of heart diseases.

Benefits of Treadmill and Walking

A stress test was done in a closed environment on a treadmill. As a part of the findings, Jaber stated that exercise and medication are closely related. The results reveal that a higher level of fitness can significantly increase lifespan and promote longer and healthier lives.

In addition, researchers also found that gender or age does not limit exercise and its benefits. Even the elderly people or the ones with a risk of heart diseases or a history of ailments can benefit from exercise. Likewise, the research further revealed that there is no upper cap to the potential benefits of exercise. This clearly indicates that no amount of exercise or cardiac fitness could be deemed as too much to result in negative impacts.

It is time to remain encouraged to be active. Running, being active, moving and walking helps to cleanse toxins and even generate fresh cells. As per the recommendation of American Heart Association, an individual must walk 150 minutes in a week, if exercising is moderately done.

For those who follow a vigorous exercising routine, 75 minutes of walk is recommended. So, plan a regime for fitness and exercise, irrespective of the age, considering immense benefits in the long-run. Your EPIC doctor may refer you to our exercise physiologist to ensure you benefit from a medically sound, personalized exercise program. 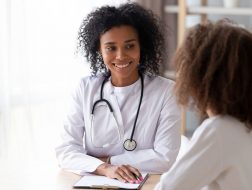 Why Yearly Physicals are Important for Adolescents? 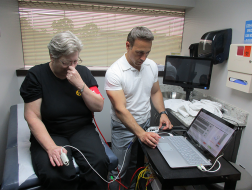 EPIC ~ Amps it up in the Technology Department again with ANS 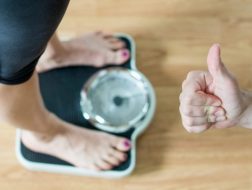 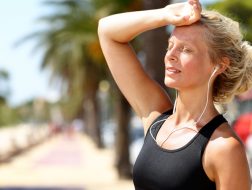