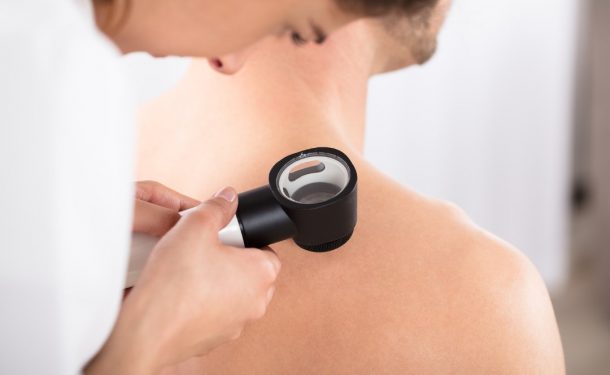 Skin cancer usually develops on those areas of your body that are most exposed to the sun. The most commonly affected areas are the face, arms, legs, and chest. However, it can also develop in regions like the groin, scalp, palms of the hands, soles of the feet, ears, lips, neck and underneath fingernails.
Skin cancer is typically characterized by growth on the skin like moles, freckles or spots, and changes in these with regard to color, shape, size, texture and elevation.
Before looking at the type of skin cancers, it’s important to recognize these precancerous conditions so that you can seek treatment early and avoid getting cancer.

This appears as a scaly or crusty lesion, on the scalp, face, forearms, shoulders, the back of the hand, lips, ears, or neck. They are very tiny, and hence more likely to be detected by touch rather than sight. They are rough to touch, and are reddish pink or tan, or match your skin color. If left untreated, there is a 10% chance of this developing into squamous cell carcinoma.

This appears on the lower lips as scaly patches, and the lip feels very rough to the touch. The lip could also swell up, and the lip becomes less defined as it appears to lose its edge and merge with the surrounding skin; this can also develop into squamous cell carcinoma.

As the name says, these are horn like growths that extend from a region of the skin that is red. Compacted keratin is the main component of this growth, and it is usually a few millimeters long. The squamous cell carcinoma develops in the reddish base. Caucasians and fair skinned people over the age of 50 who have spent several hours in the sun are the most susceptible to it.

Skin Cancers and their Symptoms

Basal cells are found at the bottom of the epidermis which is the outer layer of our skin; cancer that develops in these cells is called basal cell carcinoma.
It manifests as:
• Red patches that itch, ache, form crusts or bleed
• Sores that don’t heal even after a week or 10 days
• Pinkish growths with elevated borders and a depression in the center
• Pink, white or reddish shiny bumps in fair skinned people, and tan, brown or black shiny bumps in dark skinned people.
This cancer usually develops in the areas of the skin most exposed to the sun. However these growths are very slow in developing, and easy to treat. Therefore, the risk of metastasis to other organs, bones, muscle etc. is much lower.

This cancer also develops on parts of the body that are more frequently exposed to the sun; however, they can occur in the genitals or inside the mouth. The symptoms of squamous cell carcinoma may include:
• Open, slow or non-healing sores that form crusts and bleed
• Scaly, bleeding, red patches
• Elevated growths that are tender to the touch and have a depressed center which oozes blood
• Wart-like growths that forms crusts and bleed
• Growths that cause severe itching leading to irritated, inflamed skin
It is important to not scratch these growths as you may develop further infections which may necessitate the administration of antibiotics. If you notice any of these symptoms, consult your physician immediately and get a thorough medical checkup done. If untreated, these growths can increase in size, and there is a small possibility of the lesions metastasizing to other organs and lymph nodes.

Melanoma occurs as a mole, freckle or other growth. It’s the most dangerous type of skin cancer, and usually affects Caucasians; older people are more susceptible to the disease though persons of any age can develop it. It can even affect the eyes and impact vision. Women are more likely to get it on the legs whereas men usually get it on the neck, head, back, and chest. The symptoms of melanoma are diagnosed by the ABCDE method:
A: asymmetrical
A healthy or benign mole will always be symmetrical; that is if you draw a line dissecting it in half, both halves will be exactly similar. However, a cancerous mole is asymmetrical, and the two halves will vary greatly from each other.
B: border
The border of a harmless mole is smooth and even. If the edges of the mole are irregular, uneven, rough, or raised, it could be a sign of melanoma.
C: change in color
A benign mole or freckle is evenly colored; a cancerous one however may have different colors like tan, brown, red, white, black and blue in different areas .
D: diameter
The accepted size of a mole is 6 mm – the diameter of a pencil eraser; anything more than that could be a sign that it is a melanoma.
E: evolving
Any change in the shape, color, size, texture or elevation of a mole, freckle, or wart is a cause for concern.
Melanoma is more aggressive and invasive than other skin cancers and can spread to major organs, muscle, lymph nodes, bones and even the blood. Expert medical help must be sought at the slightest signs of this disease.

Here’s how you can use your moles to predict your chances of getting skin cancer.

This develops in the blood vessels of the skin, leading to reddish purple patches on the skin or the mucous membranes. Individuals with AIDS or those taking immunosuppressant medicines after an organ transplant are the most susceptible to it, as it attacks a weak immune system. Other risk factors include:
• Being an African male (living in Africa)
• Elderly Italian males
• Elderly Eastern European males of Jewish descent

Found most commonly on the trunk, neck, and head, Merkel cell carcinoma manifests as solid, shiny nodules just under the skin and in the follicles of the hair.

Though rare, this cancer is very aggressive. It starts from the skin’s oil glands – the sebaceous glands; though they can appear anywhere, they are most commonly seen on the eyelid. They are hard nodules but don’t cause pain. 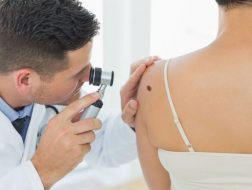 Do You Know the Facts About Melanoma? 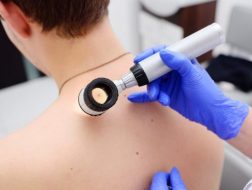 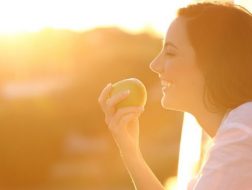 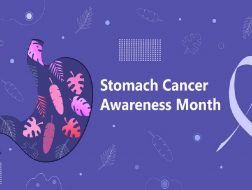 Stomach Cancer: Importance of Early Diagnosis and Knowing its Symptoms