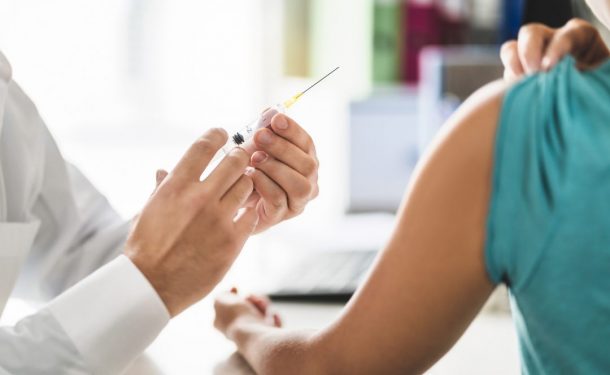 Influenza or flu, which is commonly considered a manageable disease can sometimes be serious. Serious cases of flu might result in hospitalization and at times, even death. So, it is important to take necessary precautionary measures rather than treat it lightly.

Every year, flu becomes a very common issue at a specific time of a year. The only way to protect yourself from the same is to get an annual flu shot every season. However, there are some misconceptions here too.

Generally, symptoms of flu are limited to a mild cough, fever, fatigue, loss of appetite, and overall weakness. However, some rare cases of flu have caused heart failure as the heart muscles were damaged due to the seriousness of the diseases. Of course, most people survive, but only after suffering immense pain and trauma. In such cases, a precautionary seasonal flu shot could be a great savior.

Why should you get a flu shot?

Flor Munoz, a renowned pediatric infection specialist at Texas Children’s Hospital cited that healthy people could also develop severe influenza symptoms and consequences. He revealed a study conducted in 2018 that showed how half of the cases of flu in children led to death. The study was done amongst children who were suffering only from flu and had no other underlying health complications.

Unfortunately, the CDC report shows that less than half of the American populace receives the flu vaccine annually, though it is highly recommended. Not just that! In the 2016-17 flu seasons, fewer than 60% of children were given flu shots and less than one-third adults under 50 received their shots. In that same season, more than 30.9 million people were infected with flu and more than 14.5 million patients consulted a doctor. Of all the reported cases, at least 600,000 patients were hospitalized with serious symptoms, of which 50,000 were reportedly adults within 50 years of age.

It would not be wrong to say that 2017-18 was the deadliest flu seasons in decades. The season reported 80,000 flu-related deaths, which is much higher than the average 56,000 cases of death in the past few years as per CDC reports.

Here are the people who are recommended to take an annual flu shot:
• People over 65 years of age
• Children whoare in the age bracket of 2 to 3 years
• Children in their Montessori or early school days (up to 5 years of age)
• People suffering from medical conditions that increasethe risk of hospitalization
• Pregnant women

What are The Types of Flu Vaccines Available?

Why People Are Not Vaccinated?

Most people believe that the flu vaccine is not needed. According to a survey conducted by Rand, 25% of adults opined that they do not get the seasonal flu vaccine as they presume that it is unnecessary, and they would be fine anyway. It is never on the top of the priority list.

Others chose not to get the flu shot as they thought that a vaccine could cause greater health hazards than the disease. Moreover, some people believed that they are healthy and fine even with flu, but vaccination is a greater risk.

Why Should You Be Vaccinated?

The flu vaccine is recommended for everyone, from infants over 6 months of age to adults. This vaccination is particularly important for people at a risk of developing some serious complications from flu, such as patients with a history of cardiovascular diseases, diabetes, hypertension, drug allergies etc.

Who Shouldn’t Be Vaccinated Against Flu?

Flu vaccines are categorized as per age groups. Some vaccines are strictly not recommended for some age groups. Factors determining the suitability of individuals for flu vaccination include a person’s age, medical history, present health condition, allergies etc.

People with fever or cold cannot get a flu vaccine until fully recovered.

People allergic to eggs should not get a flu vaccine as the medicine contains eggs. Although egg-free vaccines are now available, you must consult your GP before getting the shot.

Children, 2 years old and above, can also get an annual flu vaccine in the form of a nasal spray, not an injection.

When Should I Get The Flu Vaccine?

Ideally, you should be vaccinated just before the flu season sets in and starts spreading. Once vaccinated, it takes two weeks for the antibodies to develop in your body. If you want to be vaccinated, do it in October end. However, you can even do it later as the flu season lasts through January. For children, the vaccination process usually starts sooner because they receive two doses at an interval of four weeks.

Flu Vaccination is Worth It – Shows Research

Research supports that flu vaccines are beneficial and safe. Experts advise that people should not be worried about risking their health by taking a flu shot. These vaccines are produced to lofty standards and are clinically tested.

It is true that the vaccine is usually more effective against some strains and protects specific age groups better than the rest. Healthy people have higher chances of developing a stronger immunity and being protected from the vaccines than the ones who are sick and ailing.

The year has come almost come to an end, so if you haven’t had your seasonal flu shot, schedule your vaccination with EPIC Primary Care doctor now! 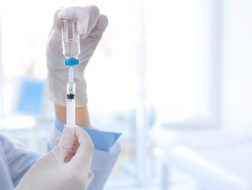 Infectious Diseases A-Z: Did You Skip the Flu Shot? It’s Not Too Late 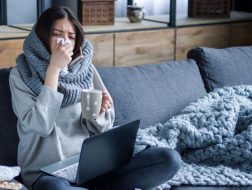